The Interesting Valentine’s Day Things for a Deeper Look

Valentine’s Day (February 14th) is also known as Love Holiday. It is the most awaited holiday for lovers. Couples who love each other will show their affection by giving gifts to them, taking them out, and showing intimate gestures, affirming their love for each other. The holiday has expanded to express appreciation between relatives and friends.

If you’d like to look deeper into the most romantic Day of the year, read on for these interesting Valentine’s Day Things.

There Is More Than One Origin of Valentine’s Day 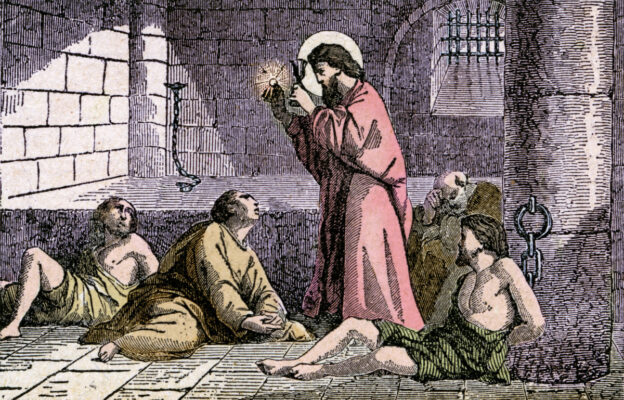 Valentine’s is a day dedicated to lovers worldwide, but only a few people know about it. There are many legends related to the birth of Valentine’s Day.

The first legend is the one that happened in 269 AD. In a faraway land, there lived a tyrannical emperor who wanted to forbid men and women from loving each other. But no matter how he forbids it, a priest with the last name Valentine cooperates for lovers to come together. The king ordered this priest to be killed to deter people. On the Day of his execution, the priest left a few short lines to the girl he loved, saying that he thanked her for her friendship and love for him. Underneath, he signed “From your Valentine.” This message was written on February 14. Also, from here, February 14 is called by couples who love each other as Valentine’s Day to say the truth “love is immortal.” Nothing can separate love.

The second legend is that in Rome in 270, there was a bishop named Valentino di Interamna, who was a friend of Emperor Claudius II. Under the reign of Emperor Claudius II, Rome participated in many bloody wars and was unpopular. Claudius the Cruel needed help getting young men to join his warriors. Claudius suggested that the main reason was that Roman men did not want to leave their families or lovers. As a result, Claudius canceled all weddings or engagements in Rome. Bishop Valentino and St. Marius helped the lovers get married secretly. For this act of kindness, Saint Valentino was imprisoned, dragged before the Roman prefect, stoned to death, and then beheaded on February 14, 270 AD.

Reason Cupid Is a Symbol for Valentine’s Day 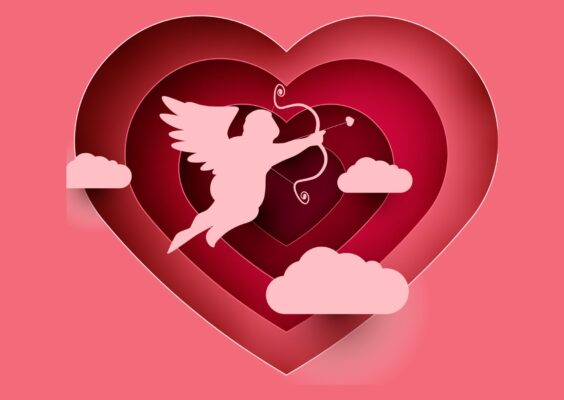 Cupid is known as the God of love, desire, and passion. Cupid is often depicted as the son of the goddess of love, Venus, and the God of War Mars, and is known as Amor (“Love”) in Latin and Eros in Greek. Along with the heart, dove, red and pink colors, Cupid is often mentioned as an ancient symbol associated with Valentine’s Day.

Cupid is a boy with tiny wings and a bow and arrow that he often uses to shoot people’s hearts. Therefore, those in love are said to have been “hit by Cupid’s love arrow.” 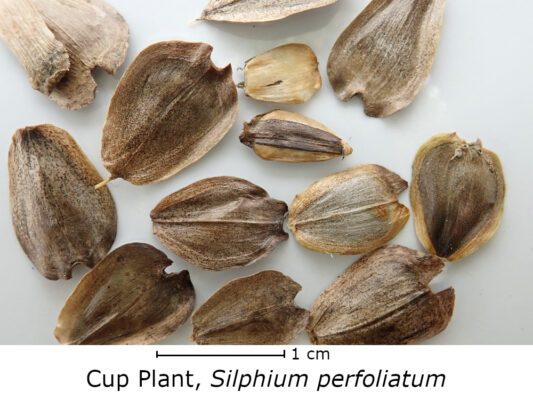 The traditional image of a heart symbolizing love has its roots in ancient times. It is not as romantic and sweet as many people think. The perfect heart image for Valentine’s Day is derived from a rare herb – Silphium, of the Dill family. This plant is often used to make spicy dishes and to prevent pregnancy and abortion. As of now, Silphium is almost extinct. Many believe the last specimen of this plant was offered as dinner to the emperor during the reign of emperor Nero, Pliny. The image of the seed is the idea of the coin minted on Cyrene coins. Silphium is a very famous herb in ancient times. Today they are almost extinct.

In addition to its contraceptive properties, Silphium is also of great interest because of its rumored aphrodisiac properties. In both of these capacities, it is seen as a trusted friend for lovers. Images of Silphium in ancient texts show that its fruit is heart-shaped, and legends say that young people love each other to use the heart shape in communication, hence the association between the image of heart and love and romance.

Roses and Love Message through Their Color 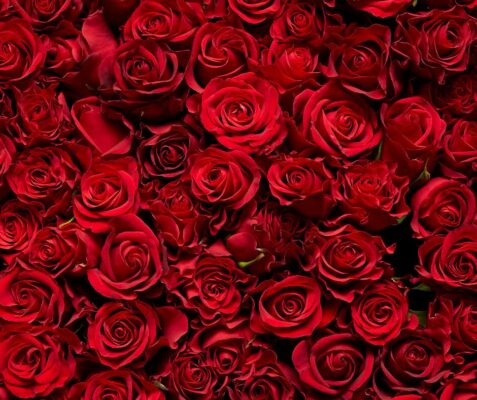 Every Valentine’s Day, guys often buy roses to give to their other half. It is not by accident that people choose this type of flower to give to the person they love. Roses represent undying love. The red color of flowers is like the passion and burning of love. Above all, the rose is the favorite flower of Venus (the God of beauty and love in Greek mythology). The story goes that the Goddess of Love was born with a white rose. Because of suffering from the death of her loving husband, the goddess accidentally let the thorns of the rose pierce her hand. His blood turned a white rose into a red rose. Since then, the red rose has become a symbol of love. Giving roses on Valentine’s Day is always the easiest choice because it is a flower symbolizing love, a sweet gift that almost every girl likes. It originated in Persia and is a symbol of eternal love. Roses come in many colors, representing different levels of love. If the red rose symbolizes intense passion, the white rose is silent love, and the yellow rose is a confession, the pastel pink flower represents the thunderbolt of love. When giving roses, you should note some of their color meanings:

Chocolate – a Gift that Never Goes out of Style 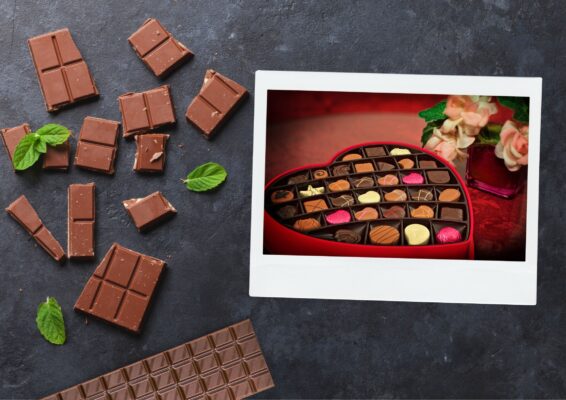 In addition to roses, chocolate is a traditional gift every Valentine’s Day. Like roses, giving chocolate to the one you love also has meaning.

Chocolate is a type of candy with a mildly bitter taste when bitten, sweet later, and with it the fat. It is also the harmony between the emotional levels of the couple’s love. It is believed that the taste of chocolate is the most trustworthy and accurate description of love stories: there is anger, sweetness, sympathy, and sharing. Therefore, they are a gift. They are widely used in holidays, parties, and especially on Valentine’s Day. Although they are not a new gift, the eternal symbolic meaning of chocolate is always highly valued.

The Meaning of XOXO 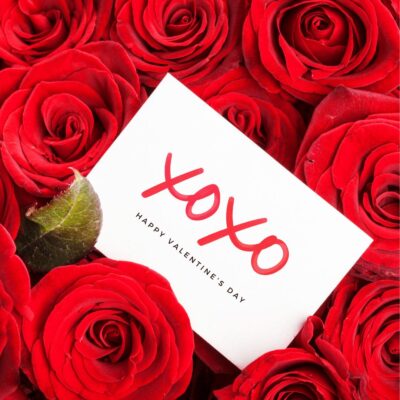 The origins of using a kiss to sign off on valentines also have a long history, stemming from the Middle Ages. The Washington Post reported that during those times, the “X” symbolized the Christian cross, and letters ended with the sign of the cross and a kiss to represent an oath. As the gesture became more popular in literature, notes, and paperwork, it meant something had been “sealed with a kiss.”

The origins of how O came to represent a hug are because it simply looks like someone encircling their arms in a hugging gesture. It’s also possible that the O came to mean “hug” because of its prior association with X from the game tic-tac-toe.

XOXO has been getting more popular since the 1960s when the TV series Gossip Girl used it; each episode ended with a signature voiceover, “XOXO, Gossip Girl.” 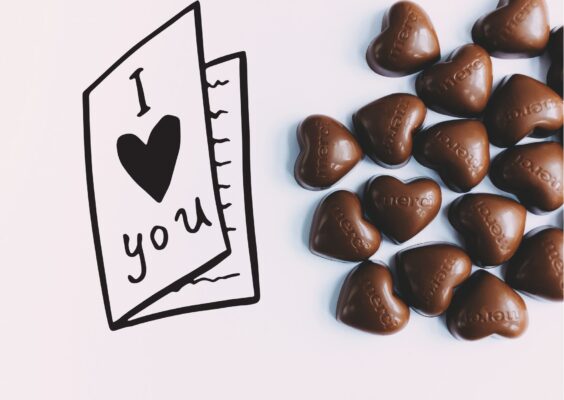 The first person to send Valentine’s card was a French man named Charles, Earl of Orleans, who was imprisoned for 25 years in the Tower of London after the Battle of Agincourt in 1415. Charles wrote Valentine’s card for his wife during this time, but the count’s wife died before the card arrived. From then on, people have a habit of giving their loved ones cards to express their sincerity, love, and nostalgia.

In the Middle Ages, signing and writing love words on Valentine’s cards was forbidden, so instead of signing lovers’ names, they often put the symbol “XOXO” on their cards to replace the word they wanted to say. Today, couples who love each other, on Valentine’s Day often send roses and chocolates along with sweet and romantic Valentine’s wishes on cards.

Here are a few interesting things about Valentine’s Day. Did you know all of the above? Valentine’s Day is coming; whether single or in love, don’t forget to treat yourself and your loved ones with sweet wishes and gifts! Wish you a warm and sweet Valentine’s season.